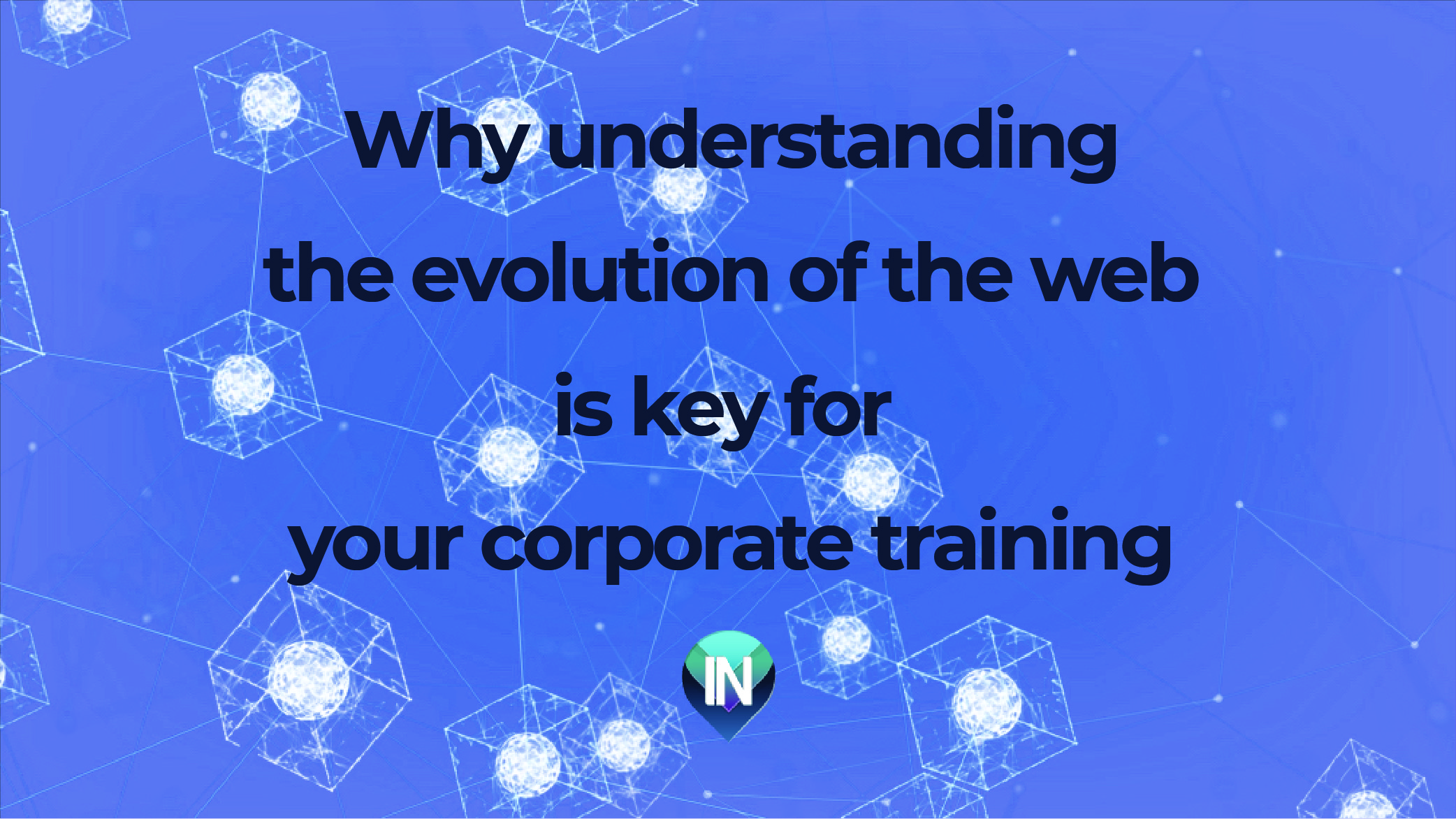 WHY UNDERSTANDING THE EVOLUTION OF THE WEB IS KEY TO YOUR CORPORATE TRAINING.

Well, let’s start with the beginning, shall we?

The Internet is a network of networks, of computers. We know that.

On top of the Internet, there is a layer to make it more user-friendly: the Web. Over the past 30 years, it has evolved drastically to reach its third version now. Each version has brought something to the world of learning, of education.


— Web 1 —
The first version of the web, “web 1”, was what we knew in the early 90s. It consisted of read-only static webpages. Companies created websites that were basically a copy of their product catalogues and magazines, but online. The web was a true open space running on open protocols such as http or smtp to enable these computers to “talk” to each other.

Its contribution to education? Web 1 made a lot of knowledge available to the masses. People could get access to information without having to run from one library to the next!

At that time, I was doing one of my very first traineeships, in Norway, and I stumbled across a book about that “network of networks”. I was instantly fascinated and proposed to my then-boss to create what would probably be the first website of an insurance company in Norway.


— Web 2 —
After around 15 years, people had been accustomed to using websites, but they wanted to be able to interact with them. They could already read webpages, but now they also wanted to be able to write, answer to them and contribute. That led to a second version of the web, “web 2”. This is when Facebook and Twitter, among others, developed at an incredible speed. These companies created centralized systems and stored their users’ data in their own servers. And then asked their users to hand over their photos, data – basically their intellectual property – to them giving them an unmatched wealth of information.

Then, unexpectedly – for most of us at least – the financial crash of 2007/2008 took place and changed the world nearly over night.

I was living in Hong Kong at that time and I remember the long files of desperate people queuing in front of “their” banks trying to get back some of their hard-earned savings. In vane…