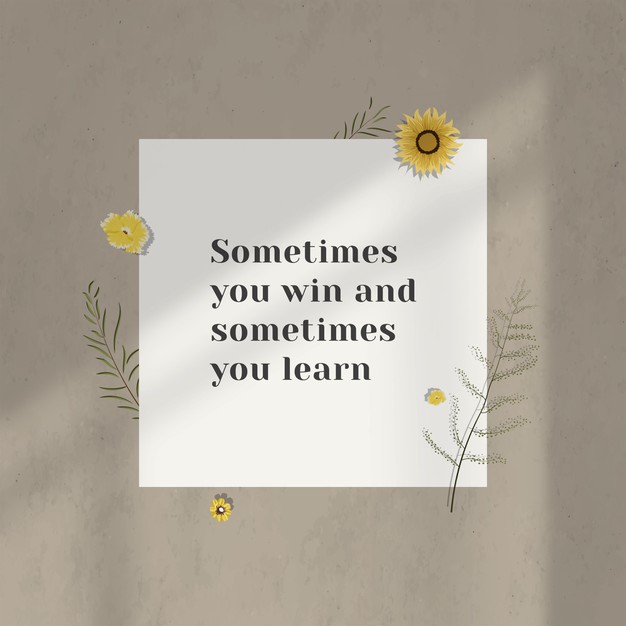 “By seeking and blundering we learn.”
― Johann Wolfgang von Goethe

“If I have seen further than others, it is by standing upon the shoulders of giants.”
― Isaac Newton

“Education is the most powerful weapon which you can use to change the world.”
― Nelson Mandela

“You don’t learn to walk by following rules. You learn by doing, and by falling over.”
― Richard Branson

“False facts are highly injurious to the progress of science, for they often endure long; but false views, if supported by some evidence, do little harm, for everyone takes a salutary pleasure in proving their falseness; and when this is done, one path towards error is closed and the road to truth is often at the same time opened.”
― Charles Darwin

“How much you can learn when you fail determines how far you will go into achieving your goals.”
― Roy Bennett

“There is no lift to success. You have to take the stairs.”